A great story, good branding, and an irresistibly engaging social media campaign was disguised as the fight of the century. From the very beginning, it was not just a basic boxing match with great boxing on pay per view. A story was created to about two fighters at the top of their game in different fields of hand to hand combat sports.

Hero and Villain roles played into the hype and added to the excitement which helped boost sales. Both fighters utilized their characters and brands to their advantage. In the beginning, Connor was the Villain or the antagonist in this story who urged Mayweather to come out of retirement to fight him. Connor was willing to leave MMA to fight Mayweather. Mcgregor began a strategically placed twitter campaign of trash talking to get Floyd Mayweather to fight.

At first, Mayweather was the hero by entertaining the idea and making it happen. Then, weeks before the big event the roles changed when trash talking and a bit of a scuffle occurred during the press conference. It made both men look like villains but leveled the playing field for McGregor. He was getting notoriety for taking a significant risk by having never fought in a professional boxing match. It made him the underdog and turned him into the Hero. Which in turn played to his advantage. His fan base increased, and he received a lucrative contract deal for the event which guaranteed $30 million to fight Mayweather which was 30 times as much as he made as an MMA fighter. Mayweather became the villain due to his earning triple of what Mcgregor made. It did not phase Mayweather, he even embraced the villain role by donning a ski-mask as he entered the arena amongst jeers and boos from the crowd.

At the end of the fight, which Mayweather won by TKO in the 10th round, they both became Heroes. Mcgregor did this by proving he could box and by going the distance with Mayweather. Mayweather did this by also proving he could fight in a different style then he is used to and acknowledging that Mcgregor was a worthy opponent. They both showed sportsmanship. These actions helped in changing their overall brand narrative and even clean up Connor’s a bit which, made this fight one of the most lucrative fights in recent boxing history and gave both fighters even bigger household names. Here are some key marketing points I received from the match. 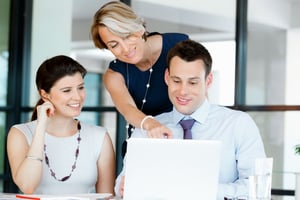 3.The Ultimate Interactive Social Spar: This fight came about partly because of Conor             McGregor's social media post on Twitter and Instagram. As I stated earlier, Conor made   public insults about Floyd Mayweather during the UFC match. He then took to social media   where Floyd took notice and the feud began, and it went viral. Fans tweeted about wanting   to see this fight. Initially Dana White the head of UFC did not wish for Conor McGregor to   cross over to boxing but at the urging of Mayweather and the response of the fans through   outlets like Facebook, Twitter, and Instagram the “fight of the century” became a reality.   Conor stays true to his brand and has not wavered from it even after the fight.

Points were gained even before the fight started.

The fighters gained fans from each other by tagging and hashtagging each other.
The fight which gave broader visibility to the sports of Mixed Martial Arts and Boxing.

Rule of Thumb: Utilize social media best practices such as finding the perfect amount of posts per day, or hour by testing your frequency of posts, and figure out the best times to posts and use the proper sizes for images and profile on each social channel.

4. Know when to Change the Narrative and be Unexpected: Like, I explained at the beginning of this blog. The two fighters of this story flipped the script on the world of sports. They were from two different sports. One left his sport to fight the other.

Sometimes you need to rethink your strategy if something is not working in your marketing plan. You may change a campaign, experiment with keywords or even rework the brand.

Be Curious and Look for Inspiration in New and Unexpected Places

Mayweather vs. McGregor not only proved itself as an epic boxing match but an epic marketing event. That had a plan by telling a story, a brand strategy using channel marketing like social media to gain momentum. These crucial marketing tools can be utilized in b2b scenarios. If you’re feeling inspired, there’s no better time to implement some of these ideas into your own marketing plan.

Cogo & Co is a marketing communications agency based out of San Jose, CA. We work alongside B2B companies and healthcare organizations to ensure great ideas reach their full potential. We are marketing collaborators who specialize in creating positive marketing experiences for increased performance, lead generation, and customer success.